As with all natural disasters, the Great Nashville Flood seemed to bring the community together to help one another out. What an amazing city of good souls Nashville is. As far as the music goes, there was a real sense that the “show must go on” as exemplified by the Grand Ole Opry who temporarily lost its Opry House but didn’t miss a single show. Vince Gill helped organize a telethon at our local news station in which he played with many of country music’s biggest stars (some who also suffered loss in the flood) while other top stars answered phones and took pledges and raised well over a million dollars in one night. Since then, there have been many benefits every week. We had our own benefit over in East Nashville at the 5 Spot last week, organized by the lovely Traci Thomas with proceeds to benefit MusiCares. American Songwriter wrote a lovely little article about it here. It was a great night of music and they raised $3000. On the bill was- Joshua Black Wilkins with Amanda Shires, Josh Hedley, Derek Hoke, Caitlin Rose, and Justin Townes Earle.

The first ever East Nashville Arts Fest last weekend brought many of our Chicago buddies to town! It was a super fun weekend full of good art- new paintings by Bryan Cunningham, our friend Dolan Geiman, and tons of hand-made goodies added to our wish list (jewelry by Nancy Deal, leather bag and guitar strap by Becky Quigley, a new skirt by Beeline A-Line skirts made by Meg Guiffrida, and awesome printed shirts by Mary Ink.). We went to a vintage clothing sale at Fanny’s House of Music, the Ton Up vintage motorcycle show put on by the Road Mangler himself, Dim Sum with our friends Buddy & Adrienne at Lucky Bamboo (that’s right- Nashville finally has Dim Sum!), and enjoyed good food shared with friends all weekend!

Dolan and Ali Marie, who were staying with us, brought us home a big bag of veggies from the Turnip Truck. We already had the menu for the night planned out- Big Smokey’s amazing bbq smoked chicken, a big salad, sweet onion rice, and apple pie.

But, later in the week we made this Thai red curry dish using the big bag of veggies they brought us… Thank you Dolan & Ali Marie! 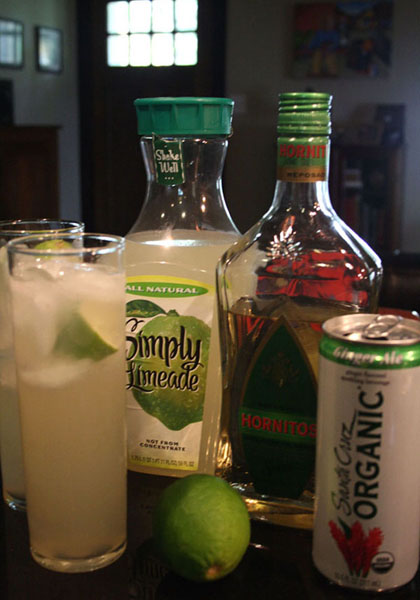 And then- MORE MUSIC! Grant won tickets from WSM (one of the greatest radio stations in the world) to see Roger McGuinn at the Belcourt Theater. We had seen him once before a year or so ago, in the round, with Guy Clark and the Toad the Wet Sprocket guy. This solo show, however, was amazing. He simultaneously demonstrated the history of music and his own personal musical history. He had his Rickenbacker, his special edition Martin 7 string guitar, an acoustic 12 string guitar, and a banjo. He played all the classics and the early songs that inspired his early musical career. He put on one great show musically and visually, I really enjoyed watching the jingle jangle tapping of his cowboy boots. They were very animated. And, it is unbelievable that he is 68 years old as he looks about 50 and his voice is very strong (yet flowery as always). Such an inspiring show! Thank you Roger McGuinn!!!

The sign on the door of the Belcourt stated that I was only allowed to take non-flash photos from my seat and because Grant had an afternoon gig and we got there just as the show started, we were in the back of the theater. Anyway,  you can see his instrument set-up here… 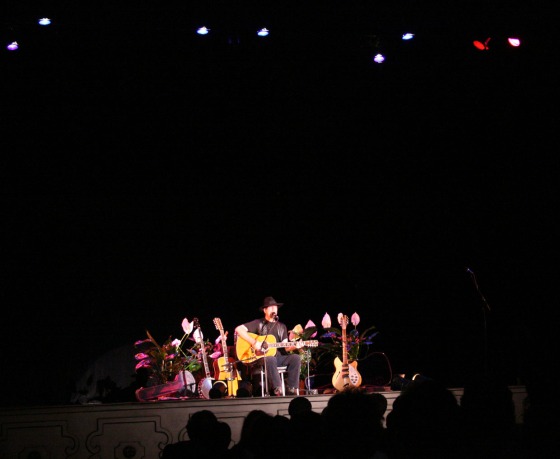 Grant ended his musical week playing two gigs with Jon Byrd on Saturday. I have confessed my love of Derek Hoke‘s music on this here blog before but I have not yet had the opportunity to share my love of Jon Byrd’s music. If you haven’t heard of him, I just don’t know what you are waiting for. He is amazing! Check his music out now! Do it!

Pictured here are Jon Byrd with the awesome and amazing Grant “Big Smokey” Johnson in the shadows on the left and with the super talented Eric Brace on the right.

Next week- I look forward to reporting on the opening of our friend’s new River Cafe in Normandy, TN and a very exciting show at the Ryman Auditorium, one of my very favorite places in the whole wide world!!! Good food and country music- all of the time!