Living in Nashville amongst so many amazingly talented musical legends has its ups and downs. Mostly ups but getting to see (and know) some of these musicians so up close and personal at the end of their lives sort of puts you a little closer to the devastation of their loss when they pass on. Last week Levon Helm passed away and although he wasn’t from Nashville, he had affected so many of our lives and many of us felt the gravity of his loss on the music community. His daughter and wife released a statement to let the world know he was nearing the end of this part of his journey and I felt like everyone was sort of holding their own personal vigil, preparing ourselves for his last breath. We’ve filled our house with his songs and the music of The Band ever since. 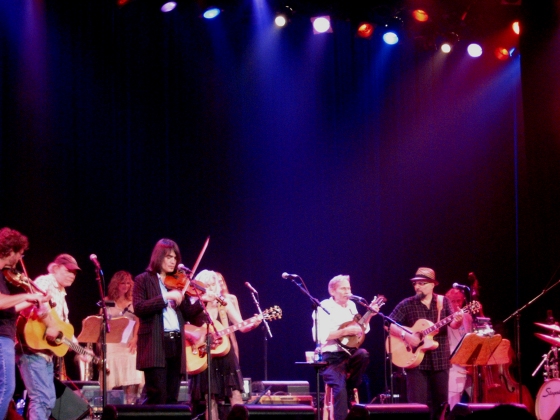 I have to admit that I was a bit of a late-comer to the music of The Band. I mean, sure I knew their songs. Who doesn’t? But I didn’t know much about the band until I met Grant  twelve years ago. I quickly caught up and instantly fell in love with The Last Waltz and it is now one of our Thanksgiving traditions to watch it every year. We so wished we could have made it to upstate New York to one of his famous Midnight Rambles. We did, however, get to see his first Ramble at the Ryman in July of 2007. What a treat. Any show at the Ryman is a treat but this one was magical and filled with so much great energy. Levon Helm lived a rich life and definitely left this world an amazing gift. I am forever grateful.

There’s really no way to transition from Levon Helm to Coconut Chess Pie, but here it goes anyway. I finally got a chance to add coconut to Chess Pie. It was so delicious! It goes something like this…

Cream the butter and sugar, add the eggs one at a time. Add vinegar, vanilla and the cornmeal. Stir gently and then pour in unbaked pie shell, homemade of course. Sprinkle the toasted coconut flakes on top. Bake at 325 for 45 minutes.