I frequently have friends who email to say they have friends or co-workers visiting Nashville and ask me to recommend a few places for them to visit. I LOVE Nashville and this request usually leads to about an hour or more of trying to write down all the things I would take them to see while they are visiting Nashville. I love doing this so much so that it is a little weird and I decided it might be nice to have all this information written up in an easy to view place and on the ready for those moments. So for this post, I veer slightly away from my topic of cooking but there will still be plenty of food and country music involved so hold on to your cowboy hat…

First off, you must turn your radio dial to 650AM. I don’t care if you are traveling by car, a rental, a cabbie, or if a friend picks you up, you must listen to WSM your entire visit with us. There is much more than country music in Nashville but this station tells the history of us. I know, I’ve only lived here for about six years but I now consider myself to be part of Nashville. So, ‘us’ it is.

Hall of Fame dj, Eddie Stubbs is quite a personality.

There really is no one quite like him. He is a walking encyclopedia of country music history. His show of good old classics is on week nights and he also hosts the Grand Ole Opry on the weekends. Bill Cody and Charlie Mattos are quite the morning dj team, as well. While you are here you may find yourself wanting more of WSM. There are many ways to have it infiltrate your stay. You can walk by the studio while visiting the Opryland Hotel, go to live WSM events and when you go back home to wherever you came from, you can continue to listen to WSM via the world-wide web.

Let’s get right to the business of music. I suddenly realized a few months back that there is now a quintessential Nashville event for every night of the week. On Sunday nights you can catch a double shot of old school country music. 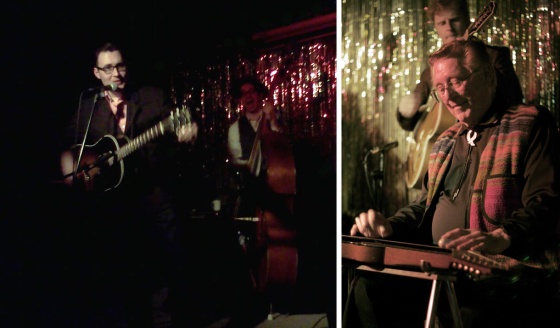 Start out at Santa’s Pub where you can hear some an awesome bunch of young musicians play classic tunes with different guest singers. They also have one Grant Johnson on guitar and Richard Bailey on banjo. They call themselves Santa’s Ice Cold Pickers. They play 7-9pm. Then head over to The Stone Fox for Chris Scruggs and The Air Castle All-Stars. These are the old-timers and some of the top players in town. These folks are legends (or at least have played with the legends)! 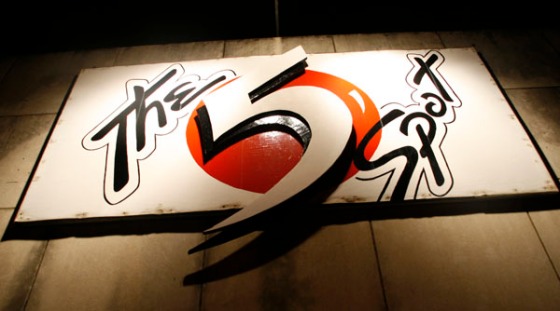 Famous in Nashville as simply “The Monday Night Dance Party,” KEEP ON MOVIN! is the wildly successful weekly dance party presented by Electric Western Records at The 5 Spot on Monday nights. While not country, it is pretty awesome. DJs Jacob Jones and Reno Bo spin a hand-selected mix of the most dance-able popular and obscure 50’s and 60’s Rock and Roll, Soul, old school R&B, Stax, Motown, Girl Groups, Doo Wop, Funk and Garage. Another one of my very favorite things to do on a Monday is head over to 12th South Tap Room for the trio of Kenny Vaughan, Jeffrey Clemens, and Dave Roe. These are three pros, some of the best in the business and all good people. Mondays are also Western Swing night. The amazingly talented and Grammy-nominated Time Jumpers play at 3rd & Lindsley every Monday night and it frequently sells out so go early. You won’t believe your ears, these folks are some of the best players in the world. The show costs $15. You really must experience this but if you just can’t spend the money, head down to Robert’s Western World for John England & The Western Swingers from 6pm-10pm. John England is one of the nicest guys you’ll ever meet and he always has some of the top players. Robert’s is a great honky-tonk. Stay for dinner, they have the best veggie burgers in town! In fact, they have a pretty good schedule all the time so whenever you have a few moments to spare, head on down and see who is playing. If you’re lucky, you might catch Grant Johnson playing his sparkly tele. Reminder: Always carry a little cash money. These hard working musicians really do depend on your tips to help pay their bills. This is what they do for a living and they work really hard.

On Tuesdays, The Grand Ole Opry has a show and many different venues around town host a local short sets night with about 5 different musicians or bands playing a few songs each. The Basement calls theirs, New Faces Nite. The Family Wash in East Nashville has $10 Pie (Shepherd’s, that is) and Pint Night with short sets. This is where some of the best sidemen in town come for a pint or pie and they’re likely to end up on stage. Be sure to check out both these places for music schedules all week.

Also on Tuesdays, Derek Hoke hosts $2 Tuesdays at The 5 Spot each week with some of the finest up-and-coming rock and Americana bands in town. Sometimes there is even a little bluegrass! It only costs $2 to get in and there are plenty of Yazoo (local) brews on tap for only $2 a pint! You never know who will show up and end up on stage…

On Wednesdays you will have some good options. From 2:30-6pm at Robert’s, you can sometimes hear Rachael Hester sing all your favorite old country classics. She always has some of the best players and an amazing voice! She’s the real deal. You can drive out to the Loveless Cafe for dinner and then catch Music City Roots live radio broadcast in the Loveless Barn.

My very favorite music venue of all time and one of my favorite places in the world, in fact, is the Ryman Auditorium. If you get a chance to go to a show here, please do. If not, at least experience the guided tour. This place breathes history. It is some kind of amazing. I’ve been on multiple tours, shows, backstage a few times when friends (or husband!) were playing, a job interview (no such luck), and I walk past it all the time and I never get used to its magnificent presence. If this building were a person, she’d be my hero.

Grant playing on the stage of the Ryman with Jon Langford & his Fabulous Nashville band. June 2007

Another favorite venue is the legendary Station Inn. This place is the home of Bluegrass music. Everyone has played here and a little bit of history is everywhere you look here. Its one of friendliest places around, too. Be sure to check out their calendar of events and plan accordingly.

Other venues whose music calendars you should check are: The Stone Fox, The Basement, The 5 Spot, The FooBar, The Mercy Lounge, 3rd & Lindsley, Exit In, 12th & Porter, The Bluebird Cafe, The High Watt, Marathan Music Works, Tennessee Performing Arts Center, The Franklin Theatre, The Nashville Symphony… Pick up weekly rag, The Scene, for complete listings. 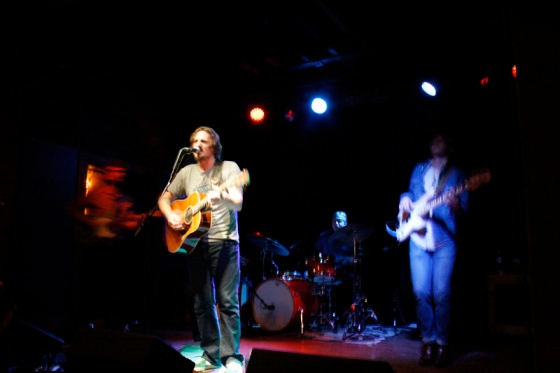 Be sure to catch Sarah Gayle Meech on Fridays and Saturday afternoons at Layla’s Bluegrass Inn 4pm-8pm. They play at Robert’s a few times a month, too! You can catch her occasionally at other venues around town, singing her original songs. She’s a lot of fun and they always put on a good show.

Friday is a great night to catch the Grand Ole Opry! During the winter, the Opry returns to it’s original home at the Ryman Auditorium. And after wards, head on over to Layla’s Bluegrass Inn on Lower Broadway to see Hillbilly Casino at 10pm, when they are in town. These guys are amazing with their high energy rockabilly country goodness.  Always fun and an amazing group of musicians, you must see also Brazilbilly next door to Layla’s at Robert’s Western World 10pm-2am Fridays and Saturdays. 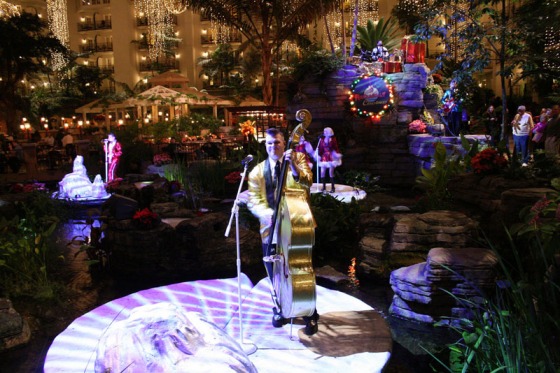 Saturday is another opportunity to see the Opry but there are always other fun events happening as well… The first Saturday of every month is Art Walk and all the galleries downtown open up their new exhibits from 6pm-8pm. Be sure to walk through the Arcade and pick up a guide to all the other galleries around town. Grab some dinner and maybe some honky-tonkin’ and then head out to Ernest Tubb’s Midnight Jamboree over on Music Valley Drive. They now record the show at 10pm for radio the following week. We’ve seen some amazing performers on stage at the Texas Troubadour Theater for free and the audience is usually made up of lots of old timers and locals so there is sure to be some good people watching and fun times. 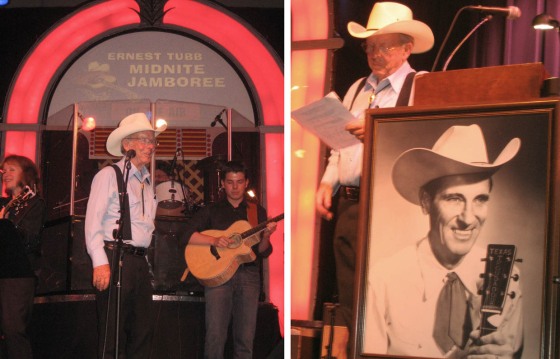 Another fun musical adventure to check out on the weekends is the Bluegrass Underground concert series in the cave at Cumberland Caverns in McMinnville, TN. It is truly awe inspiring, one of the most amazing places I have ever been to witness live music.

The Time Jumpers and Jim Lauderdale performing at Cumberland Caverns.

They don’t call it Music City for nothing- Nashville is loaded with history and there are many tours and exhibits all around town to educate you and give you some deeper insight. Our buddy Bill DeMain leads one of the best walking tours ever, Walkin’ Nashville- Music City Legends Tour. For $16, you get a downtown musical history tour filled with many colorful stories. Bill is a real gem. 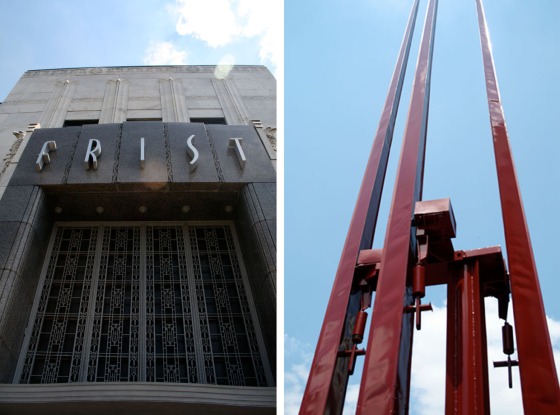 My friend Kathy modeling beside the General Lee at the Duke’s of Hazzard Museum!

Arnold’s is only open for lunch Monday – Friday!

Southern Food: Monells, Arnolds, Jack’s BBQ (on Trinity Lane), Prince’s Hot Chicken, Edley’s BBQ, The Southern, The Loveless Cafe, , Eastside Fish, Puckett’s Grocery in Leiper’s Fork, Miller’s Grocery in Christiana (they have music on the weekends- look for The Howling Brothers, I love these guys!), River Cafe in Normandy (and you can rent a kayak here to take down the Duck River!)

Margot’s in the heart of East Nashville

Less Expensive, not Southern, and probably delicious no matter where you are from: Slo-Co has the most delicious seasonal and sustainably sourced sandwiches. The Family Wash, Burger Up, Smiling Elephant Thai, Mas Tacos, The Pharmacy, Far East Nashville, Miss Saigon, The Wild Cow, Mitchell Deli, Sunflower Cafe,  and Korea House are also favorites. 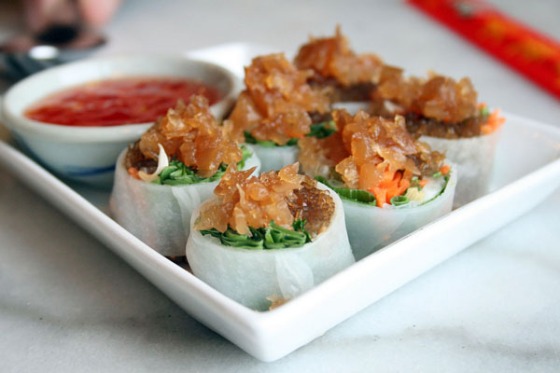 The Turnip Truck in East Nashville on the left and new store in the Gulch on right.

For groceries or a quick and delicious meal, go to The Turnip Truck! There are 2 locations- East Nashville which has deli items, a soup bar, and lots of groceries and supplements and one in The Gulch which has all that and a hot and cold bar. And check out our Farmer’s Markets! We are proud of all our local farmers! There is one big one downtown (eat lunch at Jamaica Way!) and lots of little ones all around town. Also, be sure to check out the Nashville Flea Market!

Jamaica Way is one of my favorite restaurants but be warned- they are closed on Saturdays!

We also have sports- Nashville Rollergirls, Hockey, Football, Minor League Baseball, wrestling… And there are many, many fun things happening all the time. This is simply a little list of some of my favorite things. I will continue to update as I remember things I have forgotten to include or as new and exciting happenings surface. Enjoy your stay in Music City, USA!