With Thanksgiving only a couple weeks behind us, it seems an appropriate time to reflect on leftovers. We had so much feasting with our buddies Lewis & Shirley who spent Thanksgiving week with us. We all love to cook and eat so that is exactly what we did, all week long.

I had two new recipes I came up with this year. One was for a Roasted Cranberry Fig Conserve. We ate the leftovers for days afterwards and it is perfect on sandwiches or as a side to most anything. 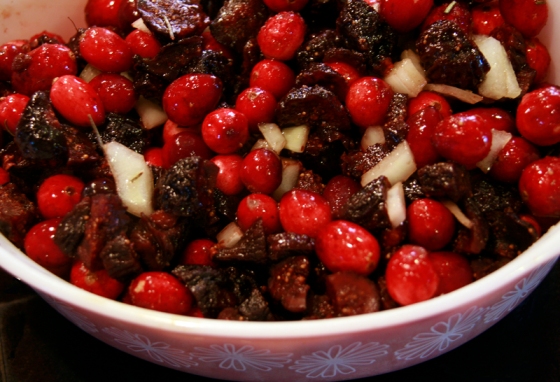 Place the figs in a sauce pan with the port. Bring to a boil and then simmer until it gets thick and some of the liquid has been cooked down. Mix with all remaining ingredients and place in a casserole or roasting dish and place in oven on 400 for about 45 minutes to an hour, stirring occasionally.

Grant and I even made a topping for turkey meatloaf the following week using the last of the this Cranberry Fig Conserve as our base- mixing it with tomatoes and seasonings.

Also new this year was our Thanksgiving dessert. I usually stick to pies but Shirley wanted a sweet potato cheese cake so that is exactly what we made, well, sort of… I think I lost my springform pan in the big flood and Shirley left her recipe at home so we decided to make a tart instead. We looked up a bunch of different recipes online and then came up with our own version. We decided on a gingersnap crust but I forgot to get gingersnaps at the market so I decided to make my own. I found a great recipe for them on Smitten Kitchen’s blog here and we made them the night before Thanksgiving along with the corn bread Grant used to make our Cornbread Pecan Bacon Dressing.

To make the crust: Preheat the oven to 300 degrees. In a mixing bowl, combine the gingersnap crumbs with the melted butter and toss together until the mixture clumps together. Pat the mixture into the base and slightly up the sides of eight 4 1/2inch tart pans. Bake for about 7 minutes, or until crisp.

To make the filling: In the bowl of an electric mixer, combine all the filling ingredients. Pour the filling into the tart pan and return to the oven. Bake for 25 to 30 minutes, or until the center is just firm to the touch. Cool to room temperature, then chill for up to 2 hours or overnight before serving. 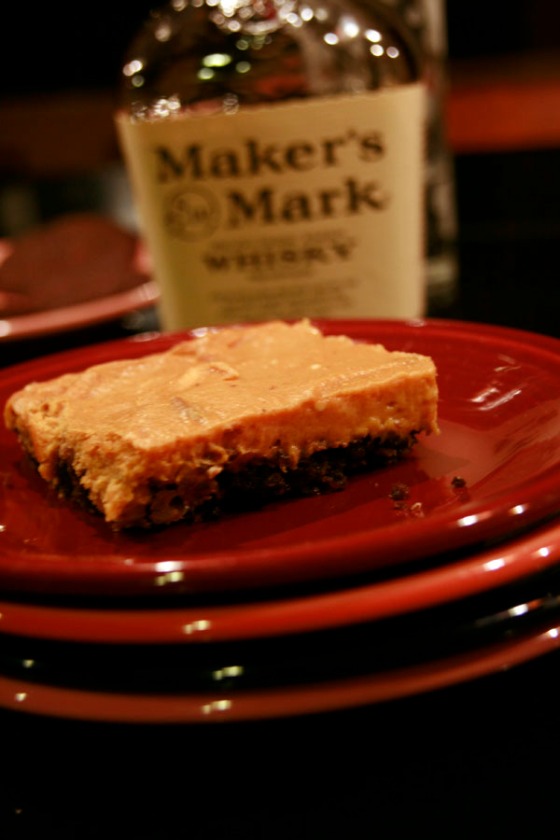 Grant smoked our turkey this year and it was the best I have ever had! He basically treated it like pulled pork and it just fell off the bone. He made tomato gravy to accompany it which was so delicious with the smoked flavor of the turkey. We recently read the article in Garden & Gun about the Louisiana tradition of making gumbo from the Thanksgiving turkey leftovers and we could not stop thinking about it, having just returned from a quick trip to New Orleans. It was amazing! The smoked turkey was perfect and I had some okra from the garden that I was frozen so we threw some in. This was a perfect way to eat up leftover turkey!

Another great way to eat up your leftover turkey (or roast chicken as was the case here, a few weeks back) is to make Turkey or Chicken & Dumplings! Just cook up some onions, garlic, celery and the stock made from the chicken or turkey bones. (I like to add in a little creme fraise!) Add the shredded chicken or turkey and make a batch of herbed biscuits and spoon batter on top of broth until the biscuits cook up. Delicious.

One of our most common ways to incorporate leftovers into a brand new meal- and believe me, this works for just about anything- is to make Enchiladas! In this case, I just layered all the ingredients instead of actually rolling the tortillas.

Or an even lazier, condensed version of our Enchilada Casserole is what happened this afternoon. We had leftovers from vegetarian taco night- a sweet potato and pinto mixture, sauteed green peppers and onions, spinach, homemade corn tortillas, and some avocado mixed with Greek yogurt. Grant fried the corn tortilla strips and then made a sort of hash, similar to Chilaquiles, and we topped with the avocado/ yogurt sauce. Instant lunch. Delicious!

Not to suggest in any way that Ms. Wanda Jackson is a “left over” but I would most certainly like to mention her and I definitely do mean to say that she was great and is still really great. Jack White produced and supported her in a new album release titled, Party Ain’t Over and friends of ours, Heath Haynes & The Hi-Dollars, have been touring with her as her live back-up band. We saw them recently and she is amazing! The guys were pretty awesome, too. Yay Wanda! You can get a copy of her album here.

Also once and still great is the amazing Glen Campbell. He has a new album out, Ghost on The Canvas, and is in the middle of his final musical tour, The Good-Bye Tour, which he launched as the news of his Alzheimer’s became public. We had the good fortune of seeing him perform with Jimmy Webb and the Nashville Symphony a couple years back and again, a week ago, at The Ryman Auditorium, one of my very favorite places in the entire world. 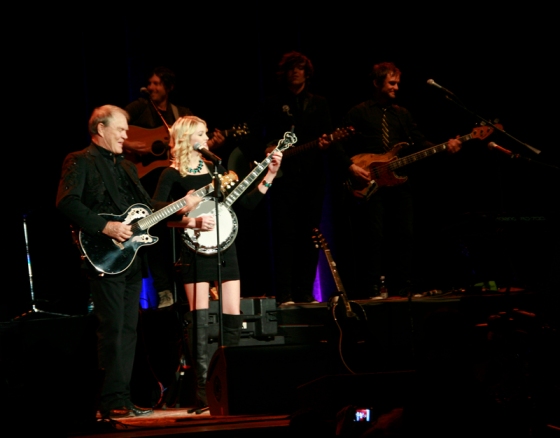 Glen Campbell with daughter Ashley at the Ryman. 11/30/11

It was a powerful show. We knew going into it that it would be a little sad so I had mentally prepared myself for that. I couldn’t stop crying when they brought the lights up for the first song, Gentle On My Mind! Incredible! And then Wichita Lineman was amazing! But overall, I had a real sense of happiness about the whole night. I felt such a strong sense of performer/fan bond in the room as if we were all there to support him doing this to the end and him really loving what he does and wanting to say good-bye. His kid’s band was his backing band and they were very patient and helped him through. They offered great support. It was similar to watching an aging and forgetful older relative stumble a bit which some people thought was just sad but I felt it was a powerful and graceful way to end. I guess it partially depends on your outlook towards illness and dying maybe? And I tend to gravitate towards finding a positive way to view things ultimately, so… He was great and seemed so happy to be singing those songs that he loves so much and seemed so appreciative we were all there. He sang and played all of our old favorites and some new songs with great energy. One favorite moment for me was when he was singing Rhinestone Cowboy, he had the entire Ryman Auditorium singing with him and in the middle, he yelled, “I LOVE THIS SONG!” So perfect. If you get the opportunity to say good-bye to Glen Campbell, I suggest you take it.