I’ve gotten in a bit of a rut… Grant has some good weekly music gigs which is great and I always enjoy getting to go to these but it seems to have made me less likely to see other music now. I’m slipping. Because Nashville has so many amazing musicians and performances every day of the week, it can become fairly easy to slip into a rut and start missing shows I really want to see because I can always, “catch them next time.” That is a terrible excuse! So, my hope is to have more exciting live music to write about and photograph, starting now. We went to see our friend and amazing pedal steel guitarist, Pete Finney, play at The Family Wash this week. This was one of his non-pedal steel nights as he was on guitar and lap steel but usually he has pedals! He has played for the likes of Asleep at The Wheel, The Dixie Chicks, and Patty Loveless. Besides all that, he is a super cool guy. 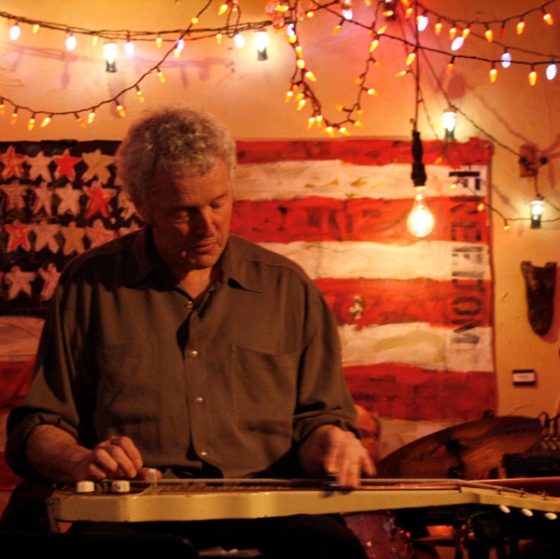 As I sat there listening and watching him play guitar and lap steel, I reminisced in how I came to love the pedal steel guitar and how lucky I have been to be able to see so many of the masters play live in Nashville.

Grant's first Sho-Bud on the left and his new one on the right.

Back in 2003, while we were still living in Seattle, Grant got very interested in playing pedal steel and bought his first Sho-Bud. It was beautiful. It was then that I realized how much I love the sound of a pedal steel guitar. The pedal steel, to me,  is real, raw emotion and the spice of a good country song. He got obsessed. It was his intention to play pedal steel in Nashville and his first few gigs upon our arrival were on pedal steel. He soon began getting much more work with guitar and eventually sold his pedal steel. Recently, though, he began to miss it so we are now the proud new owners of a 1970 red Sho-Bud. It is beautiful. Lucille, our hound dog, especially loves it!

Shortly after we moved here, we were fortunate to get to see John Hughey play many times. Unfortunately, he passed away in 2007 of heart complications. This (not so good) photo is from June of 2007 and was taken at the Station Inn when we took Mom and Larry to see the Time Jumpers, a great Western Swing band. John Hughey was one of the best pedal steel guitar players in the whole world.  He played every Monday night at the Station Inn, weekly down on lower Broadway, and even at the Family Wash once! He grew up with Conway Twitty and played with him for years. He played with lots of other players including, most recently, Vince Gill for 10 years. We talked to him once about recording with Willie Nelson on the Phases and Stages album. He always seemed so appreciative that people wanted to talk to him about his music. He was a good soul! 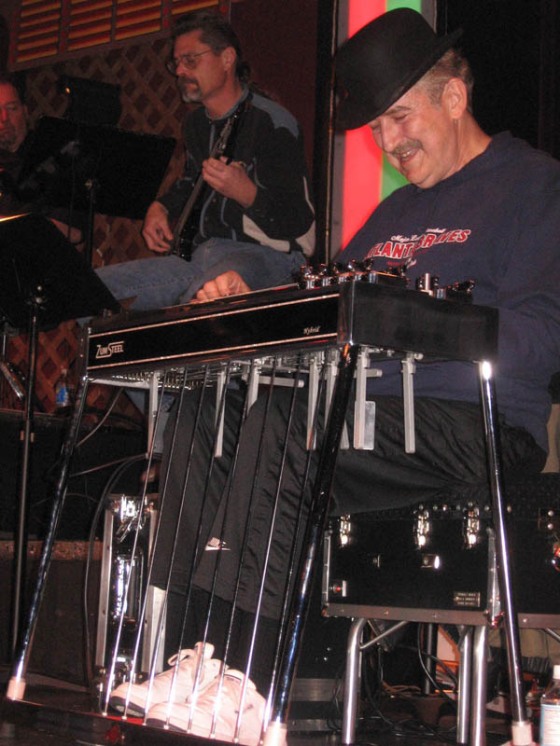 That same year, I saw Buddy Emmons play with Texan Johnny Bush at the Ernest Tubb Midnight Jamboree (for free!). Little Jimmy Dickens first brought Buddy Emmons to Nashville (from Indiana) back in 1955. He has played on countless recordings and has toured with many performers including Jimmy Dickens, Ernest Tubb, Ray Price, Roger Miller, and the Everly Brothers. He was one of the first session men to play pedal steel guitar and experimented with pedal steel guitar design. He collaborated with Shot Jackson and together they started Sho-Bud Guitars out of Shot’s garage (which later was located in the building where Robert’s Western Wear is currently housed!). Buddy has his own popular signature model, the Emmons Guitar!

My very favorite pedal steel players of all time (and favorite famous person- grocery store encounter) is Lloyd Green. We’ve been lucky to see him play a couple of times at The Station Inn (thanks Peter Cooper and Eric Brace!) and I swear, it nearly brought me to tears. He is amazing! When Lloyd Green arrived in Nashville (via Alabama and Mississippi) in 1956, his first job was with Mr. Hawkshaw Hawkins and then he joined Faron Young’s band later that year. He soon played steel guitar on his first session, George Jones’ “Too Much Water Runs Under The Bridge” and has recorded for thousands of albums since- including the Byrds’ legendary album, Sweetheart of The Rodeo. He has recorded with over 500 different artists! Lloyd Green also has his own model pedal steel (Sho-Bud’s “LDG” Model”). Back in the 1960’s, Green served as in-house arranger on the Little Darlin’ label and recorded several records under his own name for this label. His playing is amazing!

Although I haven’t seen her in person, I did grow up watching Barbara Mandrell’s TV show. Unfortunately I didn’t remember she played pedal steel until seeing these awesome youtubes of her a few years back. Notice, our friend and neighbor Buddy Spicher on fiddle in this first one:

And here’s one more…

And these are just the folks with the pedals! I didn’t even mention those steel players without pedals such as Kayton Roberts, Billy Robinson, Cindy Cashdollar, and Chris Scruggs! At least once a week I find myself exclaiming, “I LOVE NASHVILLE” and it because of players like these and moments like these. This amazing country music history surrounds us. It is all still so accessible and still in the making.

I’ll close this post with a bit of a recipe. We recently went to our neighborhood Mexican restaurant (who, until recently, had live bluegrass every Thursday!!!). We ordered shrimp fajitas for two and I asked the server, “Is that too much for the two of us?” He responded “yes” and smiled and nodded. I thought surely he misunderstood me- until he brought out our fajitas and offered to help us eat them! Who knew he’d tell the truth? So, we had leftovers which we turned into a world-class breakfast of shrimp and grits! HA! I thought this was such a clever use of leftovers that I was excited about it for days.